A 61-storey skyscraper in west Birmingham has won planning approval and is set to become the tallest building in the city.

A contractor is yet to be appointed

on the tower at 100 Broad Street, designed by local architect Glancy Nicholls. The finished structure will house 503 luxury apartments and shops in its ground floor. The project has been backed by real estate investor Euro Capital Investments.

At a council planning meeting on Thursday, Birmingham City Council planning manager Nick Jackson called the project a “successful addition to Broad Street and the wider city skyline”, pointing out that at 193 metres it would be more than 40 metres taller than the BT Tower, the current tallest building in the city.

Councillor Lou Robson expressed disappointment that the project would only deliver 25 affordable housing units and questioned the level of design and expense involved in the planning of luxury apartments. 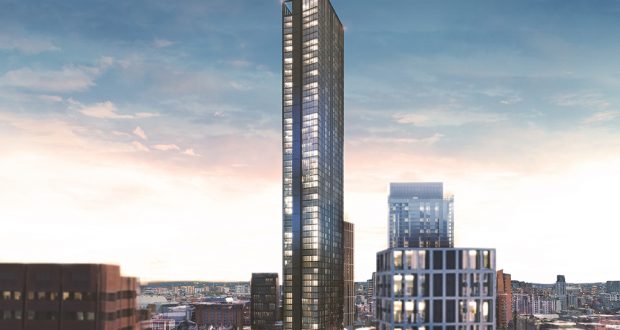 The architect said the restaurant in the building’s top floor will contain “the highest-altitude dining experience found in the UK outside of the capital”.

According to planning documents on the Birmingham City Council planning portal, construction should commence in 2021, and finish in 2024.

Glancy Nicholls was successful in 2019 with its application for One Eastside, a 51-storey tower located next to the HS2 Curzon Street station. A contractor is to be appointed in Q1 this year.

Sisk is building £183m residential tower The Mercian nearby on Broad Street, a 42-storey skyscraper which will contain 481 apartments and a 200-metre rooftop running circuit.

Read all our articles about the greatest constructions in London including information on The Shard, Westfields, Tottenham Hotspur Stadium

The Moving On Up Job Programme

The Moving On Up job programme helps young Black men in Brent reach their career goals and has helped 62 jobseekers into employment in its first year, as well as,…